Discovery of the week! If you get home early from work, at the moment there’s enough daylight for an evening walk! This was a quick tour of the grounds of the former Earl of Essex…I can’t work out what he was doing so far west but I guess they made him leave his Mondeo at the Hertfordshire border.

Lord Capel, the former Earl of Essex,  doesn’t seem to have been famous for much. He  had various positions in court and ended his life in the Tower of London on 13 July 1683…but he did build Cassiobury House (demolished in the 1920’s) and own a discount carpet shop on the St Albans Road (which seems to have had a permanent closing down sale on for the last 15 years).

From Cassiobury Park we cross the Grand Union Canal at Iron Bridge Lock (#77) and head up through Whippendell Woods, Lees Wood and Harrocks Wood…where we stumble upon a Celtic Camp, hidden away in one of the dells. They’re filming Series 2 of Britannia, for Sky Atlantic.

From here we loop back passed Waterdell House and Durrants to rejoin The Grand Union Canal at Rousebarn Lane Bridge. It’s 5 1/2  furlong ‘gallop’ along the towpath to Cassiobury Park Bridge and, from there, to the car. Someone needs to explain why distances on canals are measured in furlongs but, nevertheless, an easy and enjoyable 5.25m evening canter. 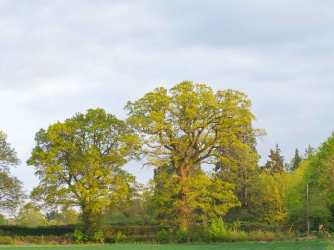 May evening on The Grand Union Canal, Croxley, Hertfordshire 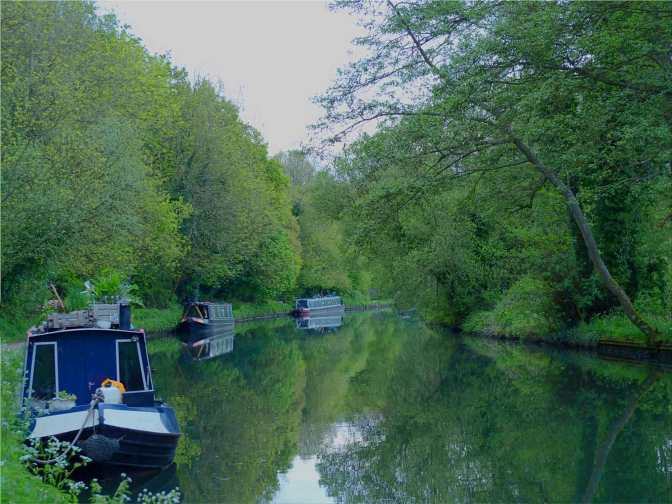