The weather was spectacular for late December. We parked up in the small car park on the B3306 St Ives road, just below Rosewall Hill, and walked down to the coastal footpath. On reflection this is NOT a walk for late December…although the unseasonably good weather dug me out of a hole. In places the coastal footpath disappeared into a boulder scramble, which became more treacherous when you factored in slick rock surfaces. Added to which the last 3 miles were over the boggy Amalveor Downs.  Thank goodness there had been little rain recently.

What to say about Zennor? This web page made me laugh…apparently nothing now the Wayside Folk Museum has closed! However we did stop off at the Tinners’ Arms for coke and crisps. It was warm enough to sit outside and enjoy the lunchtime sunshine. D. H. Laurence stayed here in 1916 for two weeks…sandwiched by a John Wesley visit in 1748 and in 2016 it was visited by Angells.

Refreshed, we climbed out of Zennor onto Amelveor Downs. As we passed Kerrowe Cottage there was a rather startled ‘Hello’ from the occupant…discovering the aforementioned bog added context to her surprise…I suspect we were the first people along the path since the summer! The late afternoon light was spectacular as well as providing an added incentive to cross before dark. We returned to the car well before dark. A more strenuous walk than I’d planned (11 miles) but then again, I’d not factored in  boulder scrambling and bog snorkeling . Still, that will be our last walk of 2016! 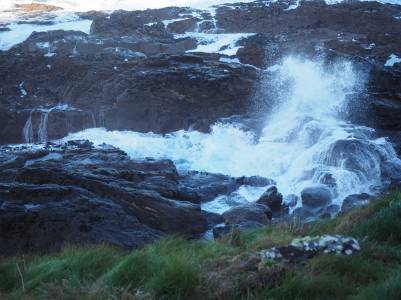 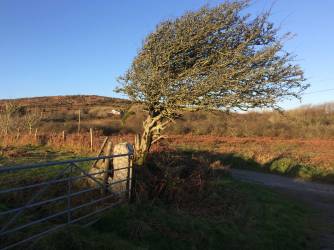 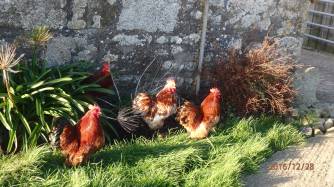 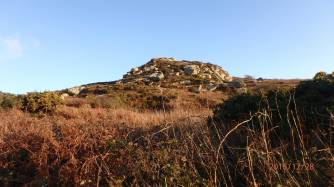